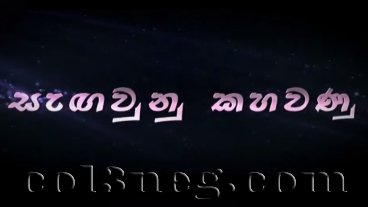 Once Upon A Time in Colombo Episode 16

COLOMBO (News 1st); China’s Quingdao Seawin Biotech Company has sought a compensation of 8 million US dollars over its organic fertilizer deal with Sri Lanka. The compensation has been sought from Colombo Commercial Fertilizers Ltd. through an arbitration center in Singapore. Moreover, China’s...

COLOMBO (News 1st); The Committee appointed by the President to probe gas-related explosions stated to News 1st that it will provide the required expertise to address the matter soon. Moreover, the committee said it will inform the media about its findings next week, although it has two weeks to s...

COLOMBO (News 1st); The losses incurred by the Ceylon Electricity Board (CEB) has increased five-fold, says its General Manager R.M. Ranatunga. Speaking to News 1st, the General Manager said that the CEB had faced losses of up to Rs. 350 million rupees due to the recent blackout. The generators at ...

COLOMBO (News 1st); Pakistani Prime Minister Imran Khan says that on behalf of the Nation, he wants to salute the moral courage and the bravery of the colleague of the deceased who was subjected to the mob lynching in Sialkot, Malik Adnan. In a tweet, the Pakistani PM says that he also salutes the ...