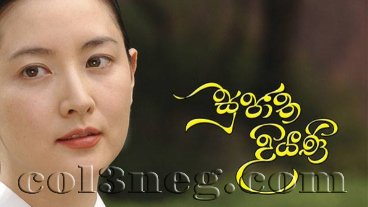 Colombo (News1st): The Monetary Board of the Central Bank of Sri Lanka has decided to suspend the business of Swarnamahal Financial Services PLC with effect from 5:00 p.m. on April 12, 2021. In a release, the Central Bank said “Having considered the continuously deteriorating financial condition ...

Colombo (News1st):  A special program will be implemented from today to prevent crimes pertaining to alcohol, narcotics and tobacco in line with the festive season, The Excise Department said. This program will be carried out across the island, for a period of one week as per special instructions ...

Colombo (News1st): increased to 95,394 after another 225 COVID-19 cases were reported yesterday, the Ministry of Health said. 3021 patients are currently receiving treatment at hospitals The total number of recoveries stands at 91,775 COVID UPDATE ]]>

Colombo (News1st): The driver of the car which was witnessed being driven recklessly on the Southern Expressway has been remanded until the 22nd. The suspect was produced before the Panadura Magistrate yesterday, Police Spokesperson DIG Ajith Rohana said. Another 04 passengers had been in the car. ...

(12 April 2021)- State Minister Dilum Amunugama said today that the people voted President Gotabaya Rajapaksa to power expecting him to play the part of a Dictator & get things done but today, were blaming him for the lack of progress by his government. He added that if this status quo doesn’t ch...

Celebrating the 60th anniversary of Yuri Gagarin’s Spaceflight and visit to Ceylon
Posted on Monday April 12, 2021

Today, the world celebrates the 60th anniversary of the first manned space flight. On this day in 1961 Soviet cosmonaut, Yuri Gagarin became the first human to travel into space. Following his historic flight, between 1961 and 1965 Yuri Gagarin embarked on a long world tour dubbed the ‘Peace Miss...