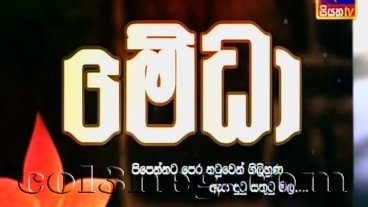 0
To The Point Episode 5

0
To The Point Episode 4

0
To The Point Episode 3

Prisoners’ death sentences to be reduced to life terms
Posted on Tuesday January 19, 2021

COLOMBO (News1st): Death sentences handed out to convicts after 1998, excluding notorious drug criminals, will be reduced to life terms, the state prisons ministry has said. This would be done under the provisions of granting presidential pardons. Meanwhile, death sentences or life imprisonment t...

Tense argument in Parliament on road through Sinharaja
Posted on Tuesday January 19, 2021

COLOMBO (News1st): A tense exchange of words took place in Parliament on Tuesday on the construction of a road through the Sinharaja forest without an environmental impact assessment (EIA). Opposition lawmaker Harsha de Silva questioned the grounds under which the government has dismissed the requi...

DECISION ON RANJAN WILL BE MADE IN THREE WEEKS
Posted on Tuesday January 19, 2021

Colombo (News 1st);  Speaker Mahinda Yapa Abeywardena told the Sri Lankan Parliament on Tuesday (19) he would require three weeks to decide on whether or not MP Ranjan Ramanayake will be involved in Parliamentary sittings. DECISION ON RANJAN WILL BE MADE IN THREE WEEKS ]]>

COLOMBO (News1st): The government is selling national resources to settle the country’s debt, Janatha Vimukthi Peramuna Secretary Tilvin Silva has said. “In 2021 we have to settle 5.8 billion as debts,” Silva noted. He added that the government is attempting to sell off its valuable resource...

Colombo (News 1st); Attorney General Dappula De Livera has advised the Secretary to the President that the MCC Compact & Programme Implementation Agreement, as well as the Articles of Association of MCA, are inconsistent with Written Laws & the Constitution. This was confirmed to News 1st by State...